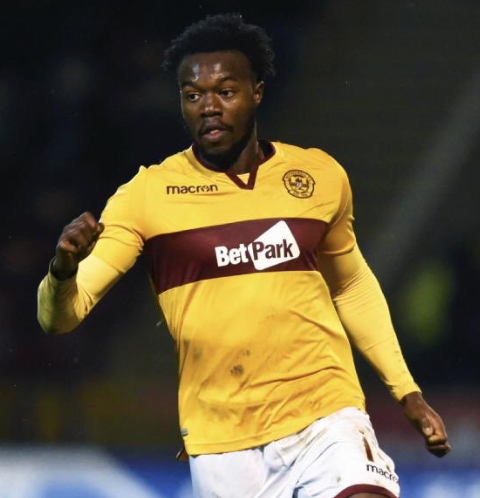 Born in Arlington, Virginia in the United States, Gboly has represented the country of his birth at youth level on a number of occasions. The winger joined Motherwell for the second half of the 2018/19 season when he arrived at Fir Park during the winter break.

He’s a fast-footed, speedy forward player who can play on either flank or through the middle. He fits the type of profile we were looking for and will hopefully provide a different dimension in the forward areas.

Despite the disappointing start to life in Lanarkshire he made a positive impression as he helped the side transform their fortunes in the league, he instantly enjoyed a run of five Premiership fixtures without defeat which seen impressive wins over Hibernian, Dundee, Livingston, St Mirren and Hearts.

Manager, Stephen Robinson had adopted a new formation for the second half of the 2018/19 season venturing away from 352 to 433 which would see the likes of youngsters David Turnbull and Jake Hastie flourish in the lineup alongside Gboly.

Ariybi scored two goals for the club, the first was somewhat controversial as it came in a 4-1 defeat against Celtic, an apposition player had been injured and when the ball eventually went out of play they expected the ball to be returned but young forward James Scott burst threw on goal and his effort was parried out only for Gboly to be on hand to slot home. His second goal came in a 4-3 win over Dundee in an exciting game at Fir Park.

His parent club Nottingham Forest sold him to Greek outfit Panetolikos for an undisclosed fee in September 2019.