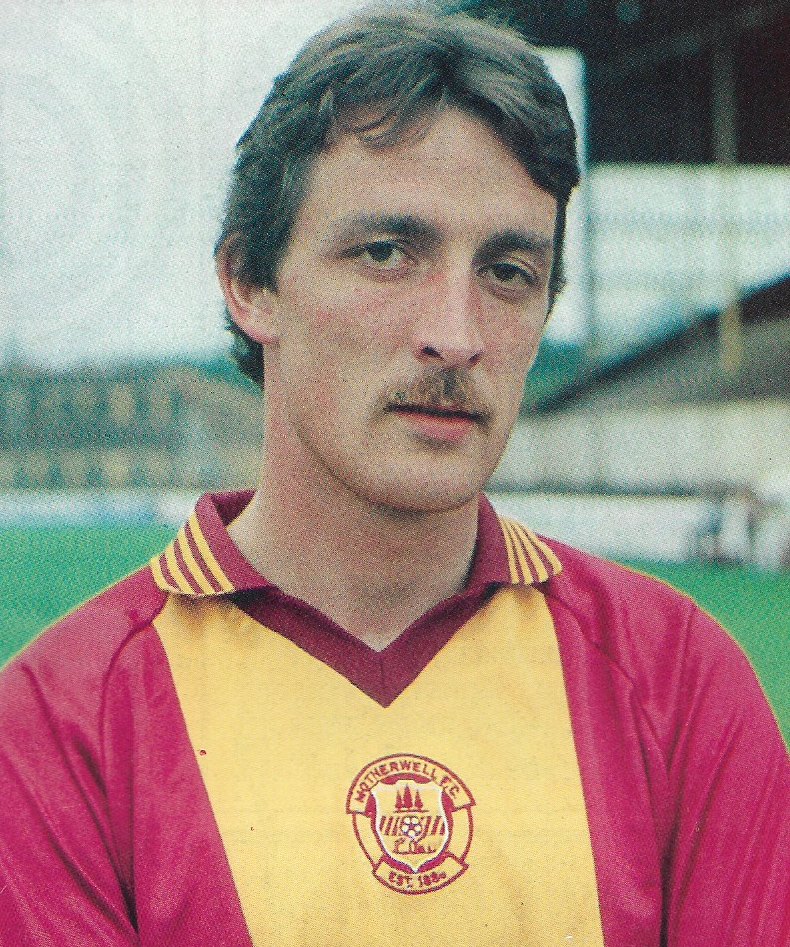 In one of those rarities in football Joe Carson was part of a double transfer when he arrived at Fir Park in 1979 when he joined the club alongside Albert Kidd who were both plucked from Arbroath for a joint fee of £100,000. Plying his trade as a centre half, Joe had a tall and gangly physique, he would make his debut for the club in a tasty affair as the Steelmen played host to local rivals Airdrieonians, he would of course enjoy a winning debut as the side won 2-1. Carson would prove to be one of Ally McLeod’s best signings during his tenure at the club, defensively he was sound and proved a nuisance for opposition defenders when he ventured up front, most of his career with Motherwell was spent in the First Division trying to help the club win promotion to the Premier League. He later joined Dumbarton then Partick Thistle (where he spent most of the time playing as a forward), before moving onto Stranraer. Joe played over 150 first team games for Motherwell scoring ten goals.