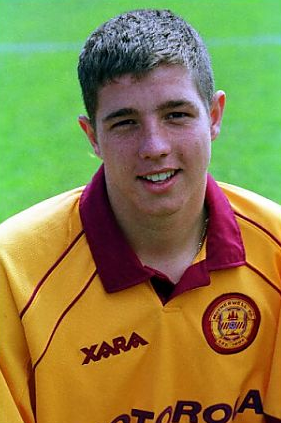 Defender, Brian Dempsie progressed through the youth ranks at the club. Billy Davies gave him his debut against Dundee United in a fourth round Scottish Cup tie in February 2001. He had to wait until November 2002 to make another appearance, this came against Celtic at Parkhead, and Brian lined up in midfield this time as Celtic won 3-1. Nephew to the late Phil O’Donnell, Brian is credited with bringing his cousin David Clarkson to the club shortly after the club had went into administration. He left the club in 2003 having made only the two appearances, he would try his hand at Junior football before taking up the career as a fire fighter.