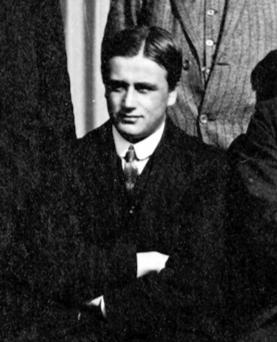 Outside Right, Dan Drummond was born in Westmoreland Street in Govanhill on the 27th April 1891, he began his career with Queens Park whom he joined from Bellahouston Academy. At Hampden he would take a few months to break into the first team but when he did, he managed to make the outside right position his own, by the time Dan left the club to join Motherwell in 1913 he had played in 75 games for the Glasgow side.

First team opportunities at Fir Park were limited as he would only feature in ten first team games scoring the solitary goal, this of course came in a fixture on the 25th October 1913 when Motherwell fell to a 3-2 defeat at the hands of Hibernian.

In November 1915, Dan enlisted in the Royal Naval Volunteer Reserve, a year after Britain’s entry into the First World War, in November 1917 he would suffer a severe leg wound while on duty. Dan was still registered as a Motherwell player until 1919 but unfortunately the injuries he sustained essentially put paid to his footballing career.