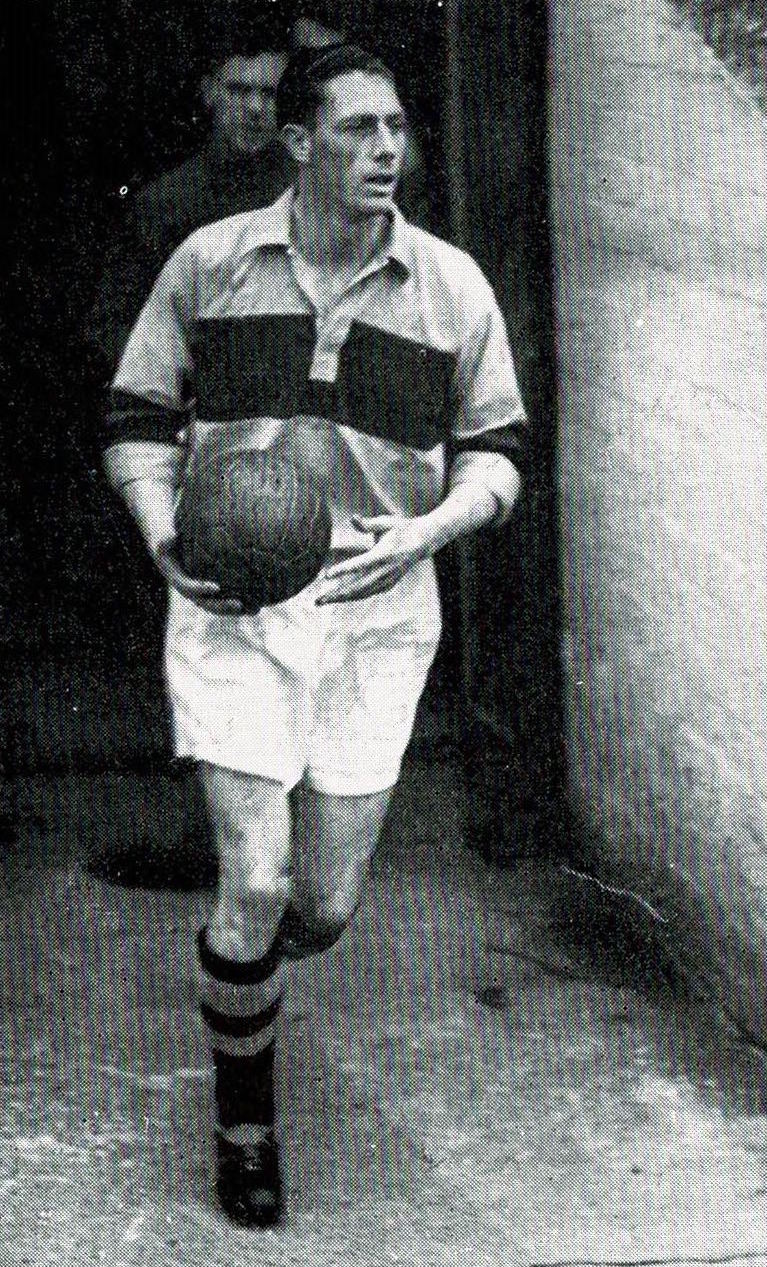 Born in Bothwell, Lanarkshire on the 31st March 1927, Jim Forrest (Not to be confused with the forward with the same name who played for Rangers and Aberdeen) could be considered to be a relatively late developer as he joined Motherwell from Newarthill Hearts in 1949 when he was 22 years of age.

Jim would become a regular fixture in the Motherwell side and would serve them so diligently for over a decade. His prowess at inside-right or outside-right and scoring regular goals ensured that he was a vital cog in the wheel to the sides success. He made his first team debut towards the end of the 1949/50 season, in his early years at Fir Park he developed a great understanding and partnership with fellow forward Archie Kelly.

Jim was part of the side that won the Scottish League Cup in 1950/51 when the side beat Hibernian. He also played in the sides promotion from the ‘B’ Division in 1954, somewhat surprisingly the team would record their record win that season when they demolished Dundee United 12-1, despite the goals flowing so freely in the game Forrest himself never managed to get in on the act.

It was said that Jim’s confidence was badly dented after a nightmare Scotland debut. On what was a proud moment for the player and his family as he won his first cap, the side played England on the 19th April 1958 in preparation for the upcoming World Cup in Sweden. Scotland would crash to a 0-4 reversal at the hands of the auld enemy at Hampden in front of 127,874 spectators. It was a real shame he wasn’t able to replicate the form he had shown for his club, in the press he took a barrage of criticism while worse offenders managed to avoid any negative publicity at all. Sadly for Jim he would never win another cap for his country again despite having the qualities to do so.

Over his ‘Well career he proved to be versatile not only could he play in forward roles but when required he also covered in full back and wing half positions when required. Forrest made over 300 appearances in claret and amber. He was granted a free transfer in 1962, he would go on to serve Stenhousemuir for the next two years before retiring.