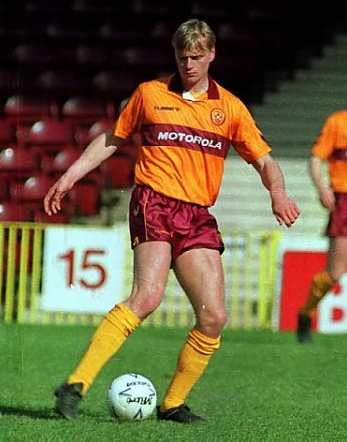 Signed by Tommy McLean during a time when he started dabbling within the Dutch market for players during the early 1990s, 6′ 3″ defender Elroy Kromheer joined the club in July 1992 from FC Volendam for £150,000.

Elroy Kromheer was a Dutch Olympic and Under 21 international he also proved to be a versatile player as he could play at centre back, full back and even up front if required. Sadly injury prevented him of making any real impact and he left the club having failed to carve out a regular first team slot despite having the credentials required to cope with the Scottish game, after only a year at Fir Park he returned to his former club.

Elroy was a judo expert, when he was 17 he decided to pursue a career as a professional footballer and within six months he was in the Volendam first team.

In 1998 he tried his hand at British football again this time in England signing for Tommy Burns Reading side, but he made little impact  with The Royals.