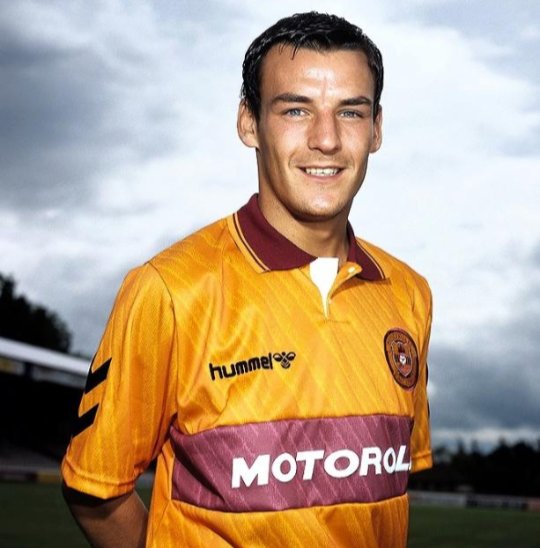 Paul McGrillen signed for the club in 1990 from Motherwell BC. Under the guidance of Tommy McLean, he broke into the Motherwell first team, although goals took long to come, he was making steady progress in the first team and he managed to win two under 21 caps for Scotland. Paul and Stevie Kirk moved to Falkirk in a deal to bring Eddie May to Motherwell this transfer deal coming in February 1995 which proved to be somewhat surprising to the ‘Well support. From Falkirk he moved to Airdrie and then Stirling Albion where he teamed up with former team mate John Philliben. He was a pacey little striker and he captured the hearts of the Motherwell support.