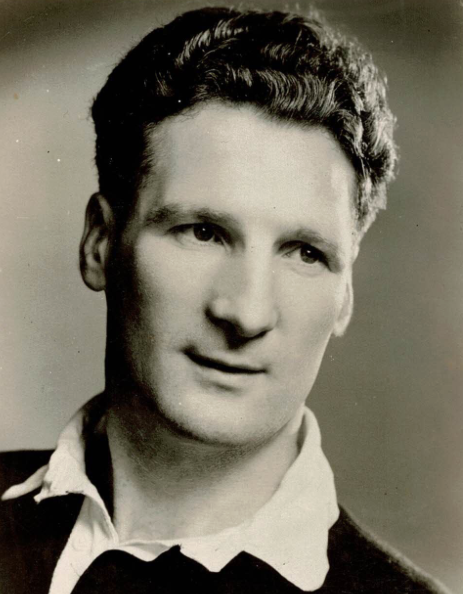 Like many other professional footballers from the same timeframe, his football career was interrupted by the out break of war. In 1946 Willie Redpath arrived at Fir Park as a 24 year old from Polkemment.

Despite being a late starter in the game he is a player who would go on to win an impressive array of honours, furthermore when he was in his prime he became an incredible draw which as a rare feat for any Motherwell player. Amongst his highlights at Fir Park was no doubt winning the 1950/51 Scottish League Cup where the men from Lanarkshire struck late to record a 3-0 against Hibernian, additionally in 1952 he was a scorer in the Scottish Cup Final as the side handed out 4-0 rout to Dundee.

Redpath would enjoy a number of international honours as he represented Scotland at full level as well as the Scottish League Select. Willie would certainly become one of the most decorated ‘Well players of all time due to his success with the club.

Born in Stoneyburn in August 1922, the left half was a renowned ‘ball juggler’ or ‘keepie up king’ – he used to bet with his fellow teammates that he could do two rounds of the Fir Park pitch without the ball hitting the deck, this of course would supplement his wages.

Willie was a cultured and creative player who would become a pivotal member of the playing squad. He was known as a creator of chances for his teammates but he possessed a venomous shot, if the opportunity presented itself he was more than happy to have a dig at goal.

During the successful Scottish Cup run of 1952, Willie scored the decisive goal in the second semi-final replay against Hearts which secured the 3-1 win.

His full international debut came at Ninian Park, Cardiff on the 23rd October 1948 when Scotland defeated the Welsh 3-1. He also played in a famous 3-2 win over England at Wembley when he was called up to replace the injured Allan Brown.

After spending a decade with Motherwell, Willie was released as new boss Bobby Ancell looked to refresh an ageing squad with an injection youth. Willie had made well over 300 appearances in claret and amber before departing the club. His next port of call was joining Cathkin Park side Third Lanark where he stayed for just a year.