Hutton Bremner’s younger brother Gordon also played for the club. Other brothers to play for the ‘Well include, Colin and Tom McAdam, Billy and Sammy Reid, George and Cammy Murray and Billy and John Davies and their brother-in-law, John Spencer.

Phil O’Donnell’s nephews Davie Clarkson, Brian Demspie and Stephen O’Donnell all followed in their uncles footsteps. While Brian and David were on the books at Motherwell, Stephen played for Dundee United, St Mirren, Dundee and Clyde.

Tommy Coyne’s son Tommy Jr. has had spells with Kilmarnock and Dumbarton.

John McMenemy’s brothers Frank and Harry played for Hamilton Accies and Hearts respectively. His father James was a Celtic legend. 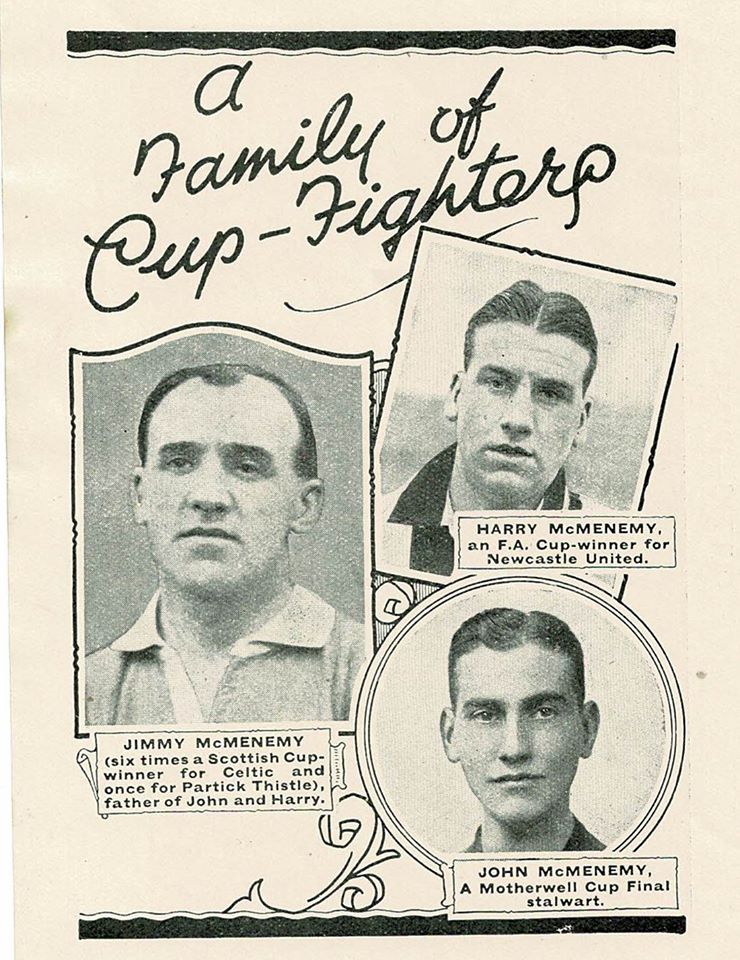 Dave Latchford’s brother Peter played for Celtic. His other brother Bob was an England international.

Adam Coakley’s great-uncle Tommy also donned the claret and amber, he once held the record for being the youngest player to play a competitive fixture for the club.

Chris McCart’s son Jamie, came through the youth ranks at Celtic, incidentally he would make his senior debut against Motherwell.

John Sutton’s older brother Chris had a highly successful career in England and Scotland turning out for Norwich City, Blackburn Rovers, Chelsea and Celtic. Their father Mike was also a footballer as he featured for Norwich City, Chester and Carlisle United.

Scott Thomson’s son Robbie, also a Goalkeeper, came through the ranks at Celtic before serving Hamilton Accies and Falkirk.

Peter McCloy’s father James represented St Mirren, also as a goalkeeper, he played in the 1934 Scottish Cup Final against Rangers in a rather forgettable affair as the side from Govan won 5-0.

Ronnie Hume’s brother Bobby enjoyed a career which started with Rangers and saw him represent Middlesbrough, Aberdeen and Alloa Athletic before both became teammates at Highlands Park in South Africa. Bobby was murdered in 1997 when he was shot in a carjacking attempt in Johannesburg, South Africa.

Brian McLean’s father Stuart is of course a Kilmarnock legend who has played over 500 games for the Rugby Park outfit in all competitions. Brian’s brother is a professional referee in the SPFL and has enjoyed running the rule over both a Scottish Cup and League Cup Final.

George Murray and Cammy Murray are brothers who both represented the club, Cammy however was better known for his association with St Mirren.

Joe Wark’s brother Tommy played for Third Lanark as a centre forward during the mid to late 50’s. He also played for Beith and Irvine Meadow at junior level.

Twin brothers Chris and Nicky Cadden came through the youth ranks at Motherwell. Chris enjoyed some success representing the club in two domestic finals during the 2017/18 season where Nicky had failed to make the grade in the first team. Nicky of course played for Airdrieonians and won promotion to the Scottish Premiership with Livingston in 2018. Their father Stephen was also a footballer who had been a younger at Motherwell without ever playing a senior game for the club, he did however feature for Lanarkshire neighbours Albion Rovers.