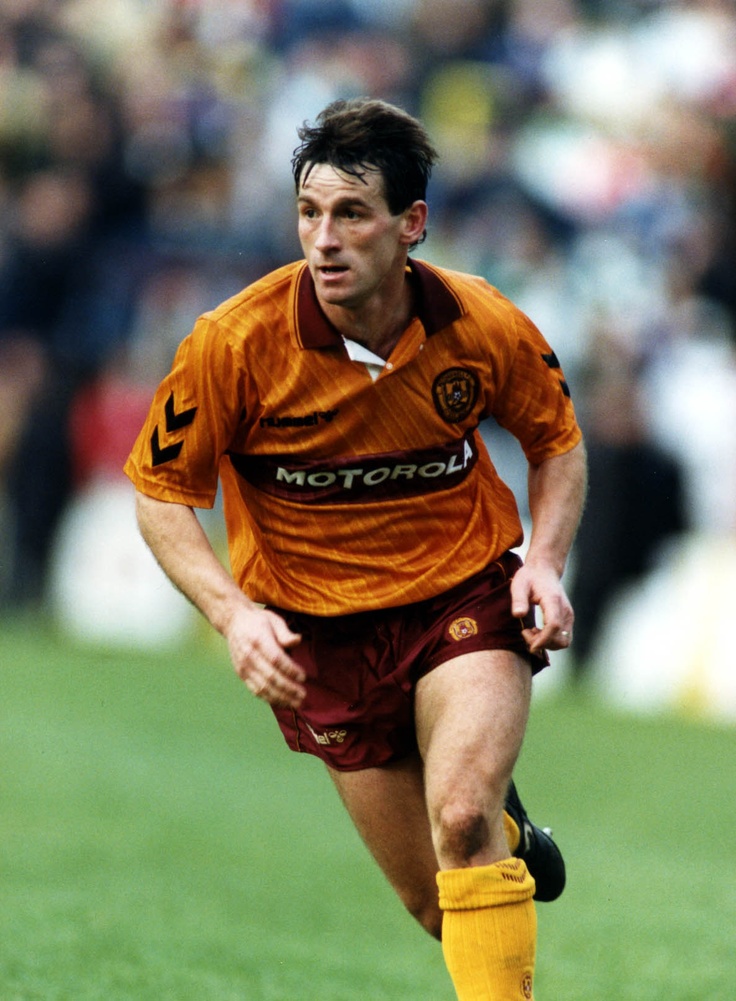 Dougie Arnott was a late starter in the senior game, having played junior football with Lesmahagow and Pollock before Tommy McLean recruited him to the Motherwell cause in October 1986. Hugely popular with the ‘Well fans, he was a tremendous little striker and with a brilliant goal scoring record against the Old Firm, this was something which obviously endeared him most to the Motherwell supporters and was aptly named ‘The Hammer of the Old Firm’. It took Dougie a few years to start scoring on a regular basis for the Steelmen, his early years would take some adapting to the higher level but his sheer drive and work rate quickly won him over with the ‘Well faithful.

In 1991 he won a Scottish Cup winners badge and his two goals against Celtic in the semi-final were arguably amongst the most vital ever scored for the club. A few weeks after the semi-final, he had another brace, this time in a 3-0 win over Rangers, when the Ibrox side needed a win to take the title. Wee Dougie bowed out in the 1997/98 season in memorable fashion when he scored in a remarkable 6-2 victory over Hibernian at Fir Park. Upon leaving the club he had the chance to join former team mate John Philliben’s Stirling Albion side, but he decided not to as the chance of coming up against his beloved Motherwell was too great. He was awarded a Testimonial match against an Old Firm Select in 2008 for his effort over the years. After leaving football Dougie went on to run the pub “The Wee Thackit” in Carluke and eventually returned to run the bar facilities within the football club.