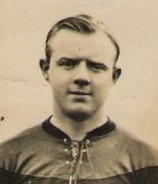 Joined the club initially in 1916 when he joined from Bradford City on loan, John ‘Sailor’ Hunter later snapped him up from the Bantams for a four figure fee, Craig would play for the club for 9 Seasons and amass a total of 222 First Team appearances, including being on the scoresheet no fewer than 14 times. Craig scored his first goal for the club in a 2-2 draw against rivals Hamilton Academicals on 7th October 1916, not to mention he would also score ‘Well’s second in that match. After making such a great impact in his debut season he would sadly miss the following campaign through injury. He would go onto play a vital part for the club, despite not winning any Major Trophies, perhaps his highlights would be helping the side finish 3rd in the League in 1919/20 and getting to the Scottish Cup Semi’s in 1923. Craig played a huge part in the club’s early years as they fought to stay in Scotland’s Top Division.

Craig was also capped for the Scottish League and had a spell as the club’s Captain.