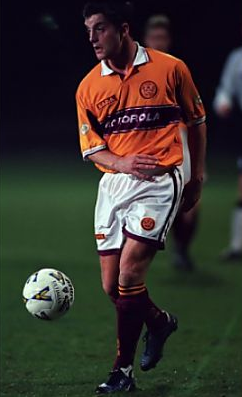 French Striker Hervé Bacqué was only at Fir Park for a short spell in 1999. Having spent his early years in his homeland without making any real impact he tried his hand at British football firstly with Luton Town before joining Motherwell. Hervé would only make one appearance for the club and that came at Dens Park as Motherwell slumped to a 1-0 defeat at the hands of Dundee. Hervé was allowed to leave soon thereafter and joined First Division Livingston. He yet again failed to make the break through and seemed to completely disappear out of British Football.