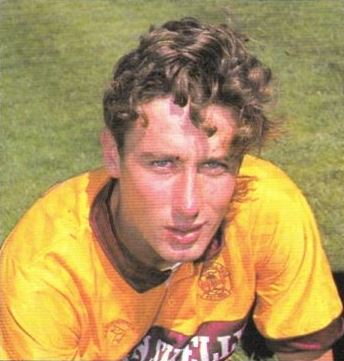 Nick was signed by Tommy McLean in 1989 from Peterborough United for £50,000. Nick was a tall Striker and he could score with both his head and his feet. Months into his ‘Well career he started to pick up many cards, he got sent off against both Aberdeen and Hearts and this probably caused his departure from the Scottish game. He was not so much an aggressive player, it was more his style which often saw his elbows swinging when he went for high balls. He later went on to play for Oxford, Wycombe, and Fulham and as his career headed into the millennium he joined Swansea.