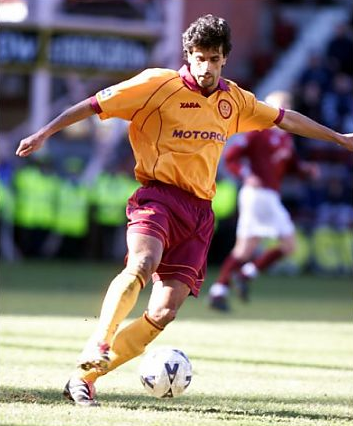 Billy Davies brought the talented Moroccan internationalist Saïd Chiba to Motherwell on loan from AS Nancy early in 2001 as the club had lost a number of key players just before the transfer deadline was about to close. He had a decent pedigree having represented his country during the World Cup in 1998. Chiba initially played in a reserve match and scored a delightful free kick, he would only make seven appearances for the club but he is perhaps mainly remembered for the incident in a game against Rangers where he lay on the ground, only for the young Gers defender Bob Malcolm to deliberately stamp on his head. In the summer he moved onto Greek outfit Aris Thessaloniki.