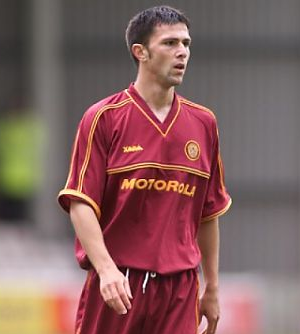 Billy Davies brought the young highly rated Stephen Cosgrove into Fir Park on a free transfer from Manchester United at the beginning of the 2001/02 season. Unable to really make his mark in the side, Eric Black let him join Stirling Albion on loan for 3 months where he managed to play 10 games. He wasn’t able to make many first team appearances for the ‘Well and sadly for him at the end of the season, he was one of 19 players to be released from their contract due to the clubs going into administration.