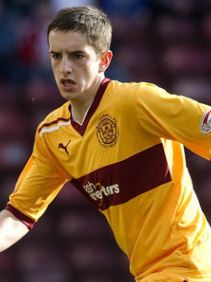 A product of the Motherwell youth system. The Bellshill born midfielder was a member of the U19 side when manager Stuart McCall handed the youngster his debut. As the club had secured a place in the 2011 Scottish Cup Final and secured a top six place in the SPL, McCall would tinker with the side and it was in April 2011 young Carswell was given his first start. He showed up really well playing the entire 90 minutes as it finished 0-0. He would go on to make a further three appearance as the season came to a close.