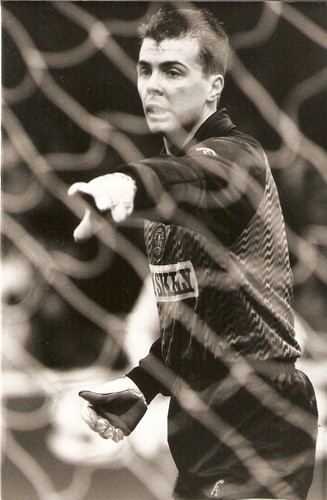 Goalkeeper, Cammy Duncan started his career down south with Sunderland, but found first team openings limited to just the solitary game. It was from there that Tommy McLean signed the highly rated youngster. However, after two years of enjoying regular first team football at Fir Park he began to lose out to the likes of Ally Maxwell, and then he moved on to pastures new. He was sold to Partick Thistle in 1989 for £60,000. Cammy later made a name for himself with Ayr United, whom he joined in a swap deal for Sammy Johnston in March 1991. At the end of 1995/96 season he was released by the Somerset club he soon joined Albion Rovers. At Fir Park he played in 69 first team games.

Sadly at the age of just 51, Cammy passed away on the 2nd May 2017 after battling cancer.