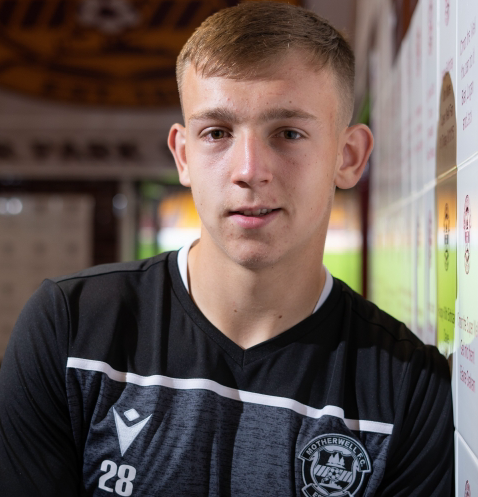 A product of the Motherwell Academy, centre back David Devine made his first team debut as a 17 year old on the last day of the 2018/19 season as the Steelmen defeated Livingstone 3-2 at Fir Park.

The tall, commanding defender progressed well from playing with the under 18’s side straight through to professional football with the reserves, he was farmed out on loan to Queen of the South in January 2020 but his time at Palmerston Park was cut short as football was suspended then subsequently brought to an early finish due to the Covid-19 pandemic.

In June 2021, David was sent out on loan to League One side East Fife but he had a frustrating time with injuries which stifled his development that season.