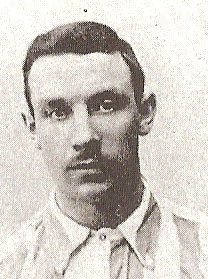 Upon hanging up his boots in 1911, Robert Findlay was actually interviewed for the inaugural manager’s job at Fir Park, he would however miss out as the role would go to John ‘Sailor’ Hunter.

As a player, the Galston born outside left represented many clubs including Kilmarnock, Celtic, Dundee, Hamilton Academical, Port Glasgow and St Bernard’s, he was on the books at Fir Park between 1905 – 1907 and played in 22 league games netting on 10 occasions.