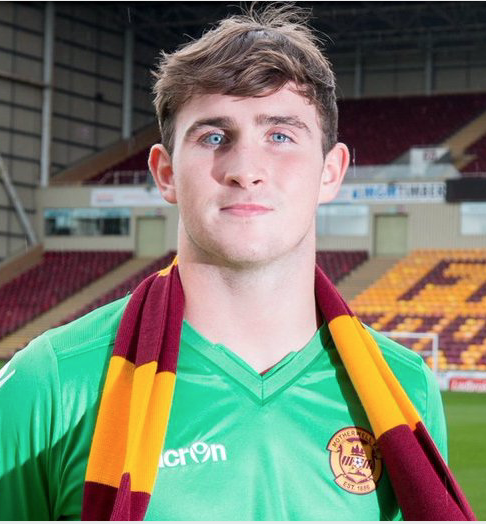 Goalkeeper, Rohan Ferguson joined the club in August 2017 arriving from Airdrieonians, the club had managed to beat other interested parties from the Scottish Premiership to secure the 19-year-olds signature. He was immediately sent back to the Diamonds on loan to continue his development. Ferguson broke into the Airdrie side as a 17-year-old, by the time he returned to Fir Park in 2018 he had played over 80 first team games over his two spells at the Excelsior Stadium, all the more impressive was the fact that he hadn’t turned 21 yet. He was initially well down the pecking order as the squad had an abundance of quality keepers in the shape of Northern Ireland internationalist Trevor Carson and Mark Gillespie.

Rohan made his ‘Well debut on the 3rd April 2019 when he came off the bench to replace the injured Gillespie as the side were beaten 3-1 by Aberdeen at Pittodrie. As it transpired, this would be his one and only first team appearance for the Steelmen. He was farmed out on loan to Northern Irish outfit Linfield for the entire 2019/20 season where he helped them secure the the league title. Despite glowing reports on his spell at Windsor Park he was allowed to depart Motherwell in May 2020. His next port of call would be Queen of the South before heading back to Northern Ireland, this time joining Larne.