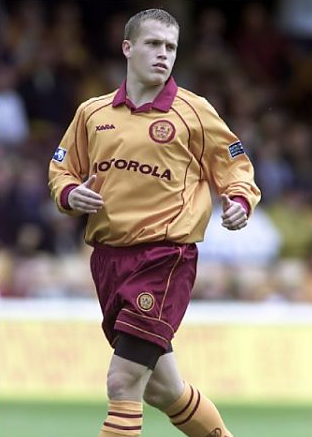 At just 18, young Steven broke into the Motherwell first team in the spring of 2000. Strong, with good pace he challenged Stevie McMillan all the way for the left back position. Billy Davies eventually opted to play McMillan in the left midfield position and at the same time play young Hammell. He contributed greatly to unbeaten matches against Rangers and Celtic within weeks of joining the first team squad. He was to net his first goal for the club on the 12th January 2002 against Dundee United at Fir Park.