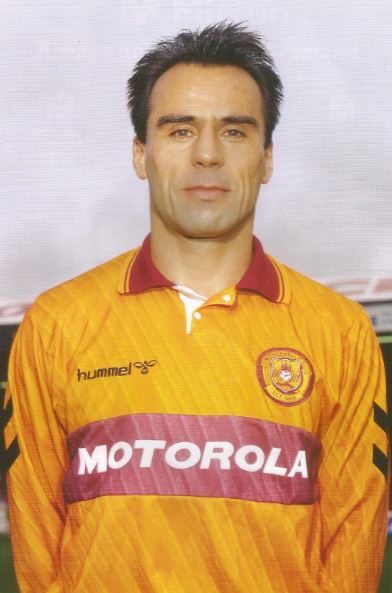 Miodrag Krivokapić started his career in Yugoslavia with Red Star Belgrade before Jim McLean snapped him up for Dundee United. The defender proved that he was of excellent quality, he was a great success at United, and Mio played in the 1991 Scottish Cup final against Motherwell.

Unfortunately Krivokapić fell out with McLean and he was side-lined for several months, this all coming over a contractual dispute. When Mio signed for Motherwell his consistent high standard and form continued. He played over 70 games for the Steelmen but he netted only once and this came against Hibernian at Easter Road.

He returned to Motherwell in 1999 in a coaching capacity, taking over from Jim Griffin, Miodrag had a similar job at Hamilton Accies before heading back over the Clyde. When Billy Davies was sacked, Miodrag and John Philliben took over as joint caretaker manager’s and were actually tipped to get the role after making a decent impression but it didn’t end well for Miodrag and John as Eric Black was named the new manager and he brought in his own backroom staff.