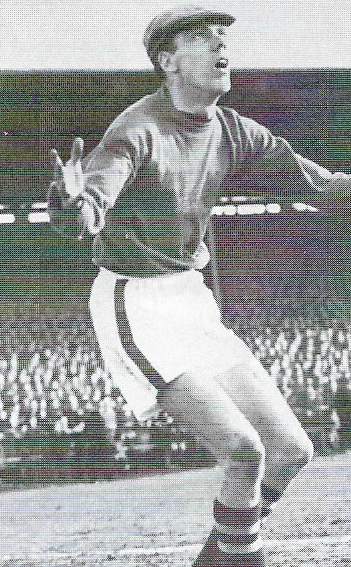 Goalkeeper, Joe Mackin began his career with Muirkirk Juniors, a side from the sleepy Ayrshire village, but he head actually spent a season with Morton by this point.

He turned professional again when he joined Dunfermline Athletic in 1954. At East End Park, Joe made well over excess of a century of appearances before heading back to the west coast where he joined Ayr United. In his one year at Somerset Park he wouldn’t command a regular starting berth before heading to Fir Park soon there after.

His story in Lanarkshire would prove to be quite bizarre, during the 1958/59 season his route to the first team was barred as Hastie Weir held the number one jersey with his back up being Alan Wylie. At the end of the season Mackin would move on but he was resigned a short time later due to a ‘keeper crisis in the reserves. Finally he would get to enjoy some first team action as Wylie had to complete his National Service.

Joe would perform so admirably between the sticks that not only did he become a favourite with the fans but he also won the 1959/60 Supporters Player of the Year award. When Wylie returned, Joe was sent back down the pecking order, he left in 1960 and would later play for Carlisle United.