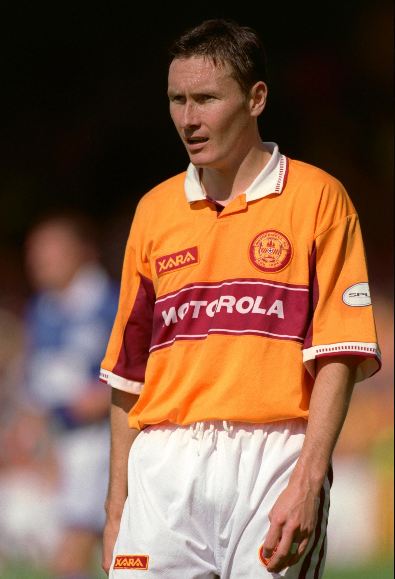 Finnish manager Harri Kampman signed Jamie McGowan on a free transfer, he arrived straight from Brockville where he had played for the previous two seasons with Falkirk. He was a regular in Kampman’s defence and enjoyed playing consistently under new manager Billy Davies initially, but as he had plenty of money to spend on new additions the arrivals of Shaun Teale, Benito Kemble, Tony Thomas and Martyn Corrigan would push him down the pecking order and would start to limit his first team appearances. Jamie was a regular during the 1998/99 season but faded out the scene somewhat the following season. He scored his first goal for the Steelmen in October 1998 and helped the side salvage a 2-2 draw after the trailing 0-2. On his last appearance for the club he was sent off against Dundee, he was released at the end of the season, he eventually signed for St Mirren.