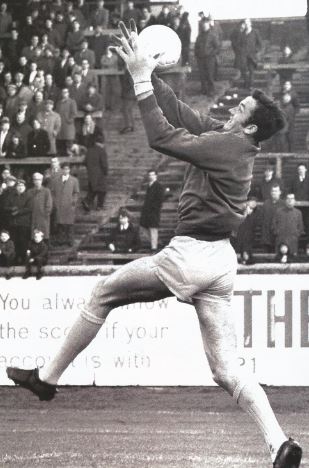 Peter McCloy was from a goalkeeping family, his father played in goal for St Mirren. Peter joined up from Crosshill Thistle in 1963 as a 17 year old and made his debut under Bobby Howitt in a league game at Greenock Morton in the mid-1960s. He had great competition for the Number 1 jersey at Fir Park but he saw off the challenge from Alan Wyllie but he fared less well against Keith MacRae. Due to his large size, he was nicknamed the ‘Girvan Lighthouse’. He was great for his long clearances and he was a useful weapon against unwary defences.

McCloy won a summer cup medal in 1965 and his displays en route to the final success over Dundee United were excellent given his young age. Peter joined Rangers in 1970 and he won a clutch of honours with the Ibrox club. Despite his eventual success at Ibrox, Peter found great difficulty gaining a regular spot in the reserves when Rangers swooped in a deal which brought both Bobby Watson and Brian Heron to Motherwell.