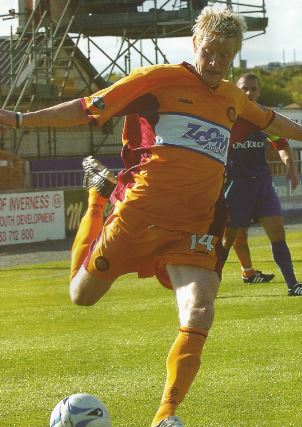 24 year old Northern Ireland Internationalist, Andy Smith was signed on a 6 month loan deal from Preston North End early in the 2005/06 season. Originally signed as a striker he proved to be quite a versatile player as manager Terry Butcher opted to use him as a winger instead. He made his debut against Dunfermline Athletic in a 1-0 victory. Just as he hit a bit of form he was struck down by injury and his loan spell would be cut short. He made 9 appearances for the club.