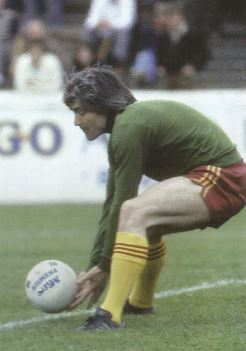 Signed from Ayr United in July 1976. Eccentricity is often associated sometimes unfairly, with goalkeepers, but Hugh or ‘Shuggie’ as he was dubbed, was undoubtedly something of a strong personality. One of the most noticeable players in the Motherwell squad at that time because of his huge moustache. After 146 league appearances under his name at Motherwell Shuggie moved to Somerset Park with Ayr United for the second time in his career.