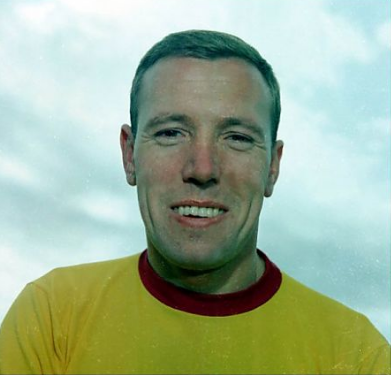 Matt Thomson was signed by Bobby Ancell in 1961, he started playing at right back, although he was also equally comfortable at left back, centre half or indeed any midfield position. He later became the team captain of the Steelmen. Matt was the founder of Thomson Litho (based in East Kilbride), and would go on to become one of Scotland’s most successful businessmen. Not bad for a former football player. Matt was a member of the Summer Cup winning side of 1965 and he played alongside the likes of Quinn, Hunter and Weir.

Bobby Ancell had to beat several other clubs for Matt’s signature. He made his debut in August 1961 and he immediately became a first team regular. When Matt retired from playing, he built up his own printing business, which later became the largest printers in Scotland and he was rewarded the MBE.