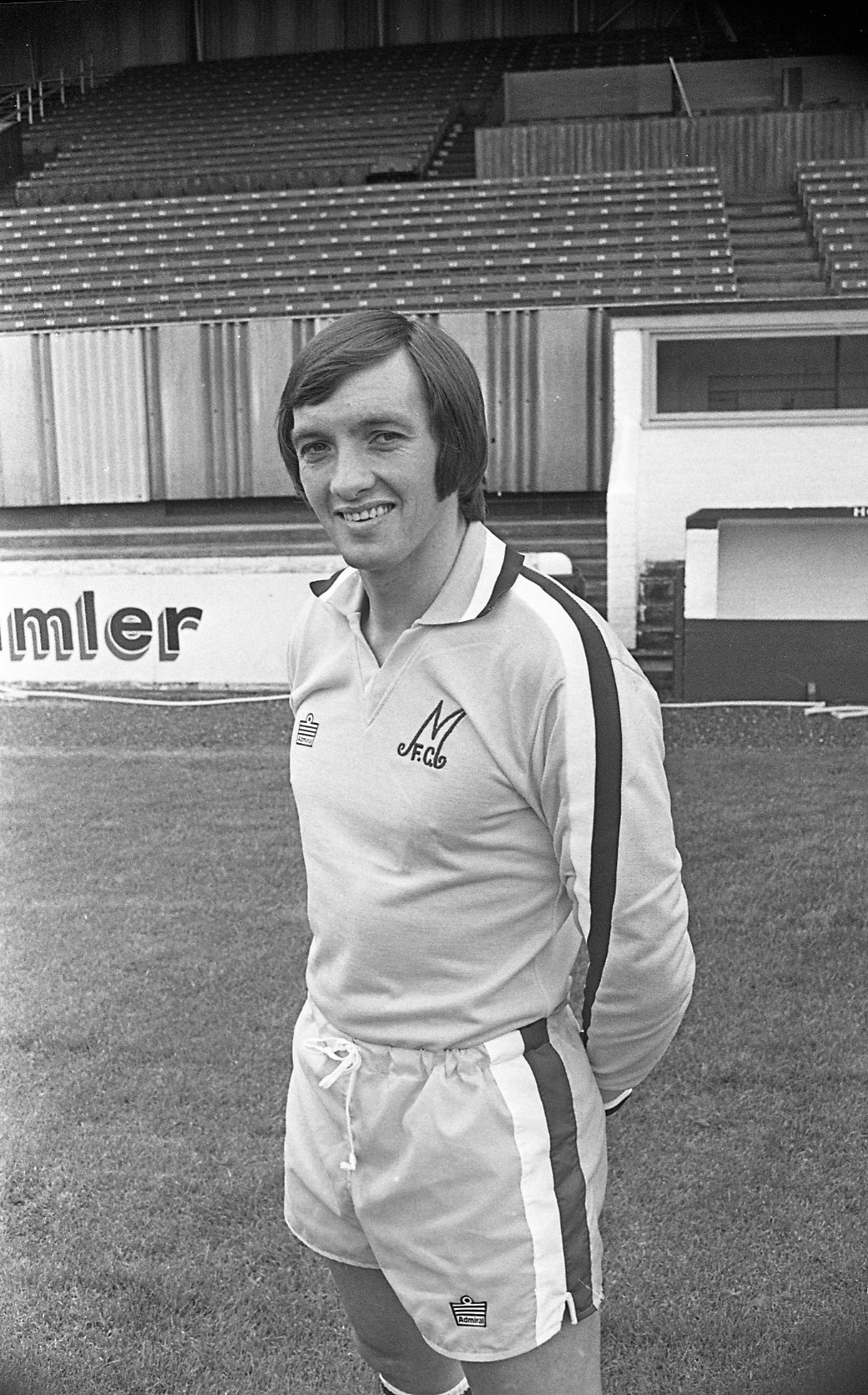 Joe was signed from Irvine Vics. He served the club from 1968 until 1984. He made his name at Motherwell playing in the left back position, he was quick and athletic this made him a perfect team player. He made his debut in 1968 against Tranmere Rovers and within 3 minutes ‘Well goalie Keith MacRae was injured and Joe spent the remainder of the game in goal – he kept a clean sheet in a 2-0 win! Funnily enough four years later by a strange coincidence, he replaced the injured Billy Ritchie between the sticks and helped the club to another 2-0 win! In his first season at Fir Park, Joe played as an inside forward and scored 8 goals, including a hat trick against Montrose, as the side went on to lift the 2nd division title. Joe was right up with the best in the Motherwell ‘hall of fame’, only Bobby Ferrier and George Stevenson played more times for Motherwell than the remarkable Joe Wark. He had two testimonial matches in his time, firstly against West Bromwich Albion in 1978, they ran out 8-1 winners. In 1985 in his 2nd testimonial a Motherwell all-stars select side lost narrowly to a Rangers – Celtic select side.