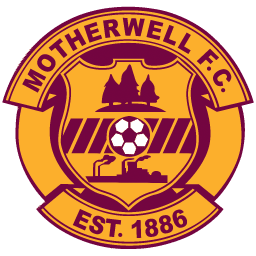 The current club crest was chosen in 1982 following a competition for the supporters to choose a new design, much like the strip competition in 2006. At the top is the name of the club, ‘Motherwell F. C.’ and bottom is ‘Est. 1886’ the year the club was established.