Dalziel Park was the second home of Motherwell Football Club. As the board searched for a new home as “Roman Road” had been earmarked for houses, the clubs board looked at various sites throughout the town which included a site in Ladywell and one just off Hamilton Road. The final decision was made and the club relocated to a site just off Airbles and Parkhead streets. 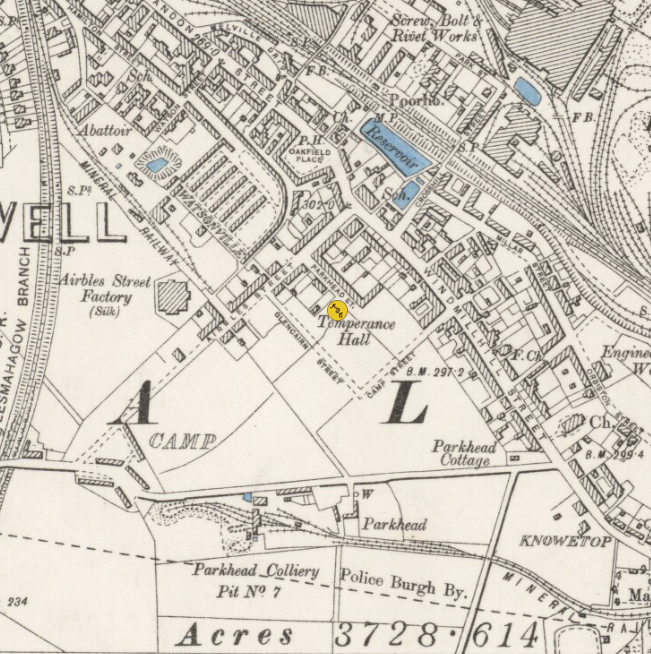 The original name chosen for the new ground was ‘Glencairn Park’ – but it was decided it would be named Dalziel Park instead. The first game at the new home proved to be entertaining as Rangers were the visitors in an exhibition which finished in a 3-3 draw.

Sadly though Dalziel Park had many characteristics as the previous ground “Roman Road” it was small and narrow and was often rutted and muddy which at times was impossible to play on. Many clubs complained about the pitch and on one occasion after Motherwell won 9-2 against Campsie in a Scottish Cup tie in 1893, they not so surprisingly complained and the match was ordered to be replayed. Thankfully though the Steelman progressed to the next stages after a 6-4 win.

More housing developments were popping up in the town and similar to the last ground, Dalziel Park was required for housing so the Motherwell board had to act swiftly to find a new home. The last game was played on the ground in May 1895 in a benefit match against Royal Albert which was easily won 5-0.