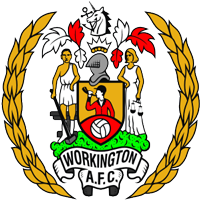 The club announced in June 2000 that they are to buy a 10% interest in Cumbrian non-league side Workington, who had an active youth policy. The link-up was set-up to secure Motherwell a foothold in the youth development area in Cumbria. Pat Nevin confirmed the move when he said: “This will give us the opportunity to tap into a huge pool of talent in the area which has already produced many good players.” It wasn’t long before this link was severed.

In the summer of 2005, the club forged links with Australian outfit Sorrento, the management had hoped to entice some of the talents from the land of Oz to help bolster the ‘Well’s playing squad. Sadly the link never brought great benefits. The Aussie side’s highly rated defender Steve McDonald joined for a few months without making any real impact, he featured in a match against Hibernian in a 3-1 defeat where he was played as a striker.