The Texaco Cup was a competition open to teams from England, Scotland and Ireland with sixteen teams in total taking part. The cup was an attempt at establishing a British Cup and providing an exciting competition for sides that had just missed out on the chance to play in the European scene. The tournament was sponsored by American petroleum giant Texaco to the tune of £100,000, and was instituted to help promote their recent purchase of the Regent filling station chain. 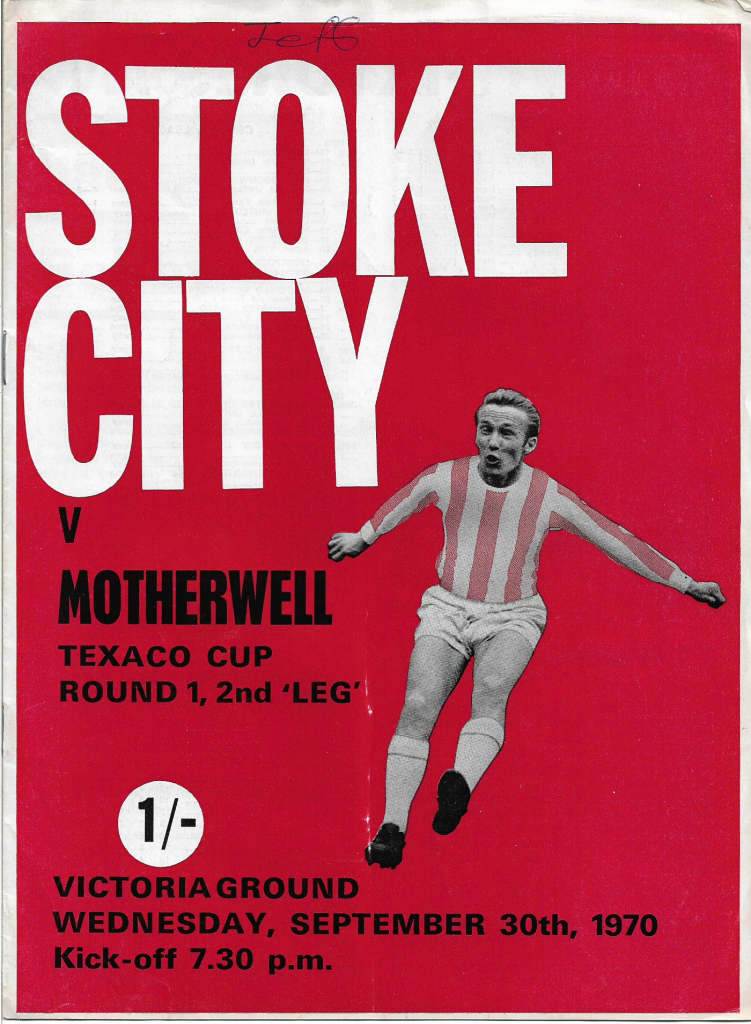 Round 1 paired Motherwell with Stoke City, a side who boasted the best goalkeeper in the world in there line up in the shape of Gordon Banks amongst other talents. The first leg was played at Fir Park on 14th September 1970, Motherwell produced a magnificent performance in front of a crowd of 14450, Gordon Banks produced a string of world class saves but thankfully Goldthorpe netted for the Steelmen and the first leg was won 1-0. A few weeks later in the 2nd leg Stoke won 2-1 but with the aggregate at 2-2, extra time and penalties followed. ‘Wells keeper Keith MacRae proved to be a hero saving two spot kicks sending Stoke City out of the competition.

This then set up a Quarter Final with London side Tottenham Hotspur who had dispatched Dunfermline Athletic out the tournament by beaten them 7-0 on aggregate. The first leg was to be played at White Hart Lane and there side was packed with even more talents with Internationalist such as Pat Jennings, Mike England, Martin Peters, Alan Mullery, Alan Gilzean and Martin Chivers. Many immediately dismissed Motherwell’s chances of progressing. It did surprise many after the Steelmen did return home after losing 3-2, Donnelly and McInally netted for ‘Well giving some hope for the return leg. 22450 jam-packed Fir Park on 3rd November as the Steelmen upset the odds to beat Spurs 3-1, under the floodlights and roaring terraces Brian Heron, Watson and Donnelly netted to provide the ‘Well faithful with a truly great night. 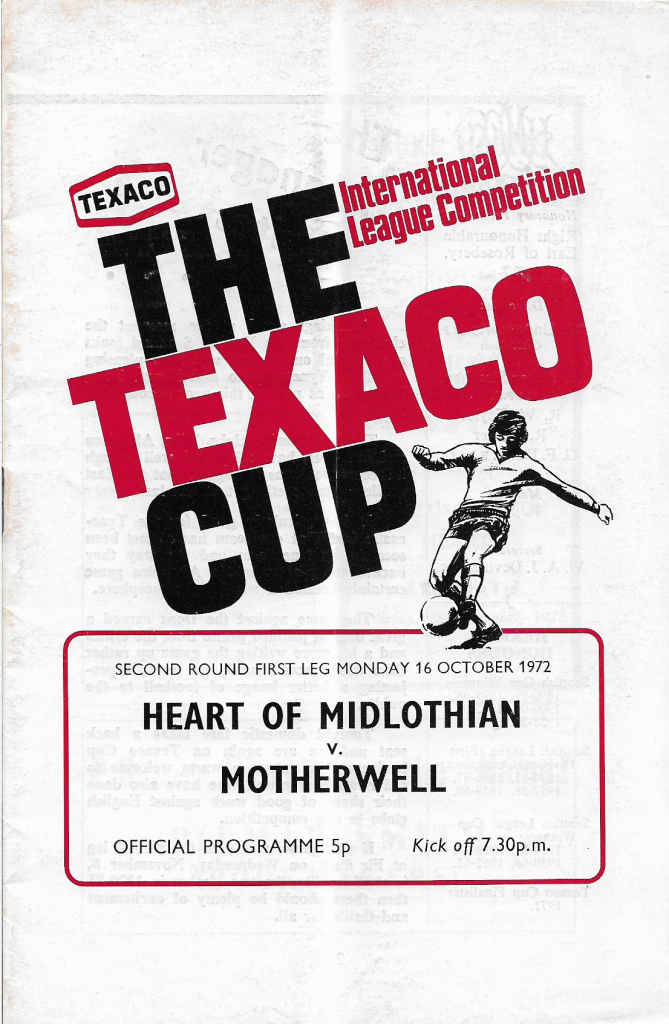 Fellow Scottish Club Heart of Midlothian were drawn out as Semi Final opponents the first leg was played in December and finished all square at 1-1, the 2nd leg wasn’t until early March of next year where the Jambo’s would win 2-1. The game seemed to be heading for extra time but Hearts striker Donald Ford netted deep into injury time to snatch the tie and send the Edinburgh side into the final to face Wolves. The English side would go on to win the inaugural tournament beaten hearts over two legs.

Motherwell would play in a further three Texaco Cups, the 1971/72 Tournament drew the side to play Stoke again but the English side romped to a 5-1 agg win. The 1972/73 Cup would result in another Semi appearance, Coventry city were dispatched 4-3 in aggregate, an amazing match at Highfield Road saw an amazing 3-3 draw only for the 2nd leg at Fir Park to provide a 1-0 win for the men in Claret and Amber. Hearts were beaten 4-2 at Fir Park after a 0-0 draw at Tynecastle. The semis saw Norwich City win 4-3 in aggregate to progress to the final. In 1973/74 the club was drawn to play Coventry City again, the side triumphed 4-2 over the two legs before for the second year on the trot Norwich City disposed of the Steelmen from the tournament and the club would not taste Texaco Cup glory.

The cup became the Anglo-Scottish Cup from 1975–76 after the withdrawal of Texaco’s sponsorship.