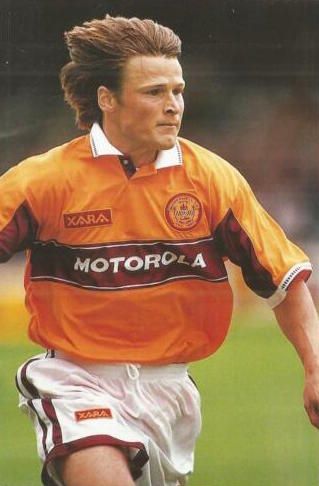 Dutch midfielder Jan Michels was signed on a free transfer by Harri Kampman at the start of season 1998/99 when the Finnish manager reshaped the entire playing squad for the upcoming campaign. He was a right sided midfield player who was equally adept at playing centrally, he was very pacey and a useful player dashing up the wing.

Despite being one of the better players signed by Kampman he quickly found himself out of favour when Billy Davies was appointed the new manager, Jan essentially slipped out the first team despite putting in a number of decent performances, before too long he was on his travels again as he left under a cloud, he returned to his homeland where he joined Den Bosch on a free transfer where he would make well over 150 appearances in all competitions as the sided yo-yoed between the Eredivisie and the Eerste Divisive.