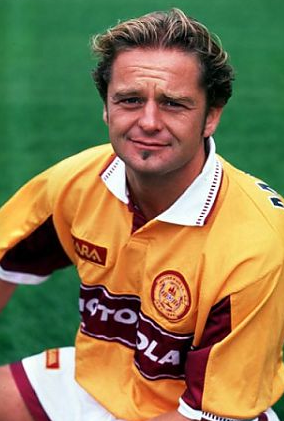 Rob Matthaei signed for Motherwell from Dutch outfit FC Volendam on a free transfer by Harri Kampman during the summer of 1998 when the Finn overhauled the full playing squad. He made his debut in a 1-0 victory over St Johnstone on the opening day of the 1998/99 SPL season.

The midfielder was more or less a squad player as he struggled to command a regular starting berth as he only made 22 appearances for the club, this wasn’t helped of course when he criticised manager Billy Davies in the Dutch press under the headline ‘I’d have hit Davies if I was younger’ Rob claimed that the manager refuses to pick him for the first team because he used to keep him out the side when they were both on the playing squad. Matthaei also stated that he likes living in the country and would be happy to move to another club in Scotland. He wouldn’t play for the club again after this outburst and essentially was left to rot in the reserves until he joined Dunfermline Athletic in 2000

Rob was once known as a hate figure in the Netherlands because he injured Marc Overmars in a cup match just before Euro 96, Overmars gained a serious knee ligament injury which meant he had to sit out the competition.

He is the uncle to footballer Marc Klok who had brief spells in Scotland with Ross County and Dundee.