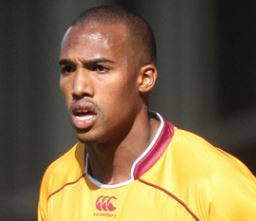 French full back, Yasmin Moutaouakil started his career with French Ligue 2 side Chateauroux, he would play over 35 games for the club before joining Charlton Athletic for £400,000 in June 2007. They beat off the likes of Celtic, Rangers, Aston Villa, Everton and Lazio who were all reported to be interested in the young French man. Shortly after joining Charlton he suffered an ankle injury and upon his return he would struggle to settle into the side.

Jim Gannon brought him on loan to Motherwell in September 2009, Yassin stated Rangers defender Madjid Bougherra convinced him to join the club. He would make his competitive debut against Rangers in a 0-0 draw. He showed up quite well, he looked comfortable on the ball and enjoyed going forward, on a few occasions his jaunts forwards left the side short at the back most notably against Hibernian where the Hibees took advantage and netted twice. He would make 15 appearances for the club before returning to Charlton in January 2010.

He would later struggle to find a club and would drop all the way into the lower leagues of English football in a bid to revive his career joining Hayes & Yeading. Yassin had represented France at U21 level.