W.H. Barrie served the club as secretary from 1898 to 1913. He was very influential in bringing the club through some difficult times, firstly when they became a limited company and also when the club gained promotion to the old first division in 1904. He was elected to lead the side as manager during two spells, his first spell was from 1902-1904 where he won the Scottish Qualifying Cup and finished Division Two runners up but this didn’t guarantee promotion, however a top division expansion which seen the league increase in numbers would see the side being promoted to the top tier in Scotland for the first time. Barrie wouldn’t enjoy to much success in his second season as they finished second last, the club then had to apply for re-election but thankfully they topped the ballot and remained in the league. Barrie returned to the role in 1908 but as the team slipped down the table in 1911 having been a mid table side for the past few years, the board then decided a new approach was needed and that it was time to appoint a more hands on manager, up stepped a man by the name of John ‘Sailor’ Hunter. 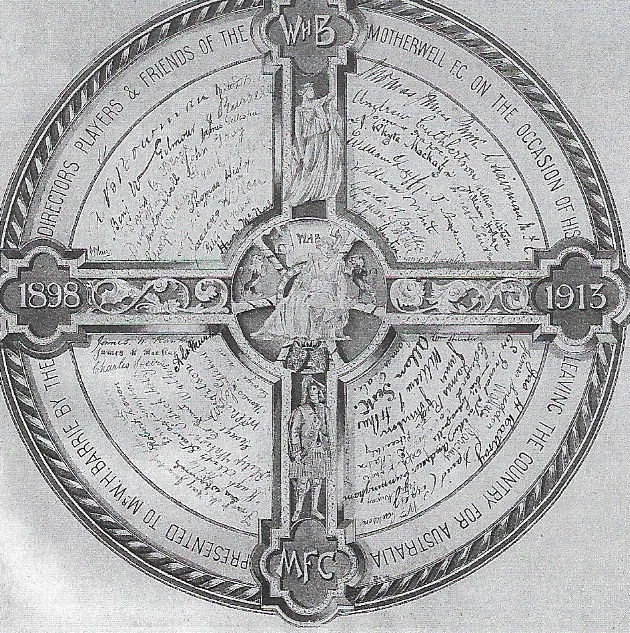 Pictured is an illuminated address plague which the directors presented to him for his sterling service, before he emigrated to Australia. In the mid-1990s his grandson visited Fir Park and left a copy, the original of course being kept by Mr Barrie’s family in Australia.