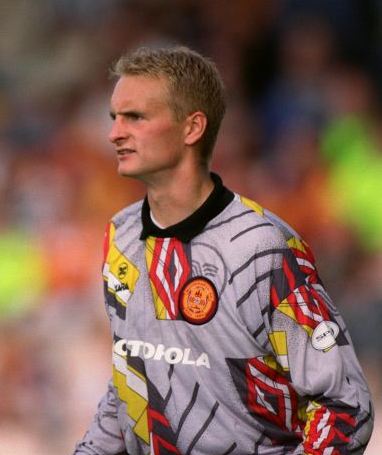 Goalkeeper, Mikko Kavén was one of the first buys under the reign of Finnish manager Harri Kampman in 1998 as it cost the club £50,000 to prise the Finnish internationalist away from HJK Helsinki.

His debut came on the opening day of the league season as Motherwell defeated St Johnstone 1-0 at Fir Park. After starting the season as the number one and without conceding any goals in any of his appearances, Kampman then opted to use second choice Stevie Woods as he couldn’t decide between the two on who should be the first choice, but he eventually settled on Kavén.

As the team failed to gel and struggled in the SPL a number of his teammates blamed Mikko because he couldn’t communicate with his defence properly.

In October 1998, Harri Kampman quit as the manager of Motherwell and he was replaced by youth coach Billy Davies. It was immediately made clear that Kavén was not in his first team plans and Woods was installed as the first choice, but in a strange twist of fate Stevie would get injured which brought Mikko back into the first team fold, he helped the side record a magnificent win over Rangers.

In January 1999 Davies brought in a new goalkeeper in the shape of the experienced Andy Goram and Mikko was sold to Norwegian outfit Vålerenga managed by former Wimbledon and Norway manager Egil Olson. He enjoyed a successful spell with Tampere United back in his homeland where he made well over 200 appearances.